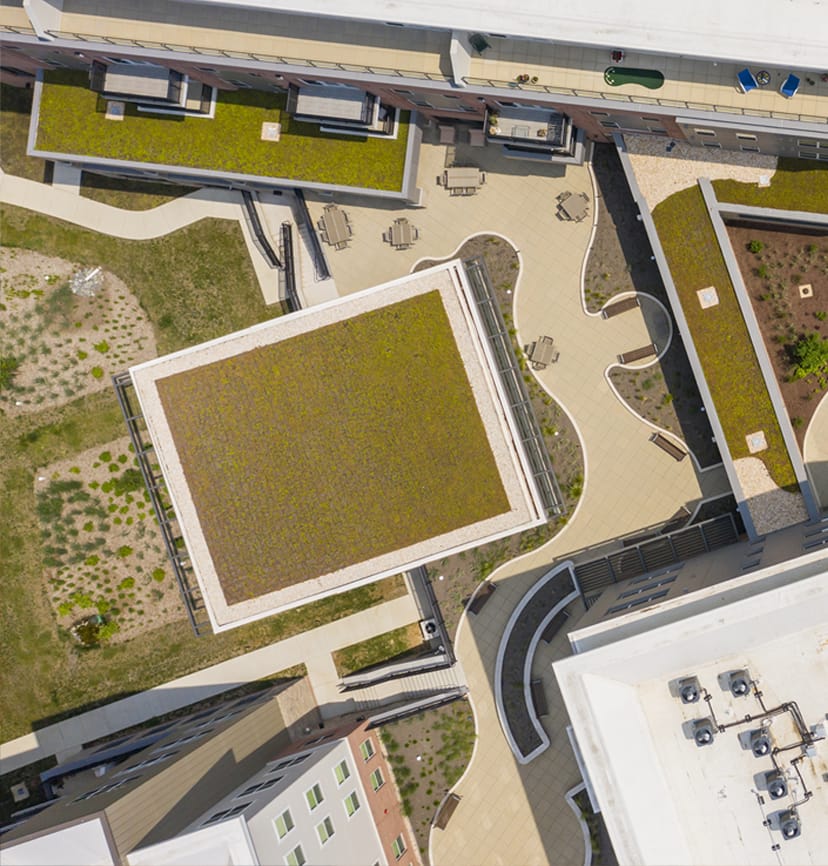 Leading the charge on energy efficiency

NLCS lead the charge of installing and retrofitting incandescent light bulbs with light emitting diode (LED) light products that produce light up to 90% more efficiently than incandescent light bulbs. For The Village at Rockville and The Legacy at North Augusta this results in a reduction of 1,011,952 and 103,844 kilowatts hours per year, respectively.

The Village at Rockville has electric vehicle charging stations and recently installed several energy-efficient boilers. During the construction of the Glenmere apartment homes, 9,000 square feet of green roofs were included in the design. These green roofs are comprised of a vegetative layer that cools down the roof thus reducing energy usage. Another benefit of a green roof is that it significantly reduces stormwater runoff.

The Village at Orchard Ridge installed geothermal wells during its construction in 2012, which harness the Earth’s heat and are considered a renewable energy source.